Safe, responsible drivers often find themselves faced with incredibly harsh penalties due to speeding and other traffic-related accusations. Traffic violations typically result in heavy fines, but increased insurance rates, mandatory traffic school attendance and even license suspension are also possible. Facing a traffic citation can be incredibly stressful in light of these potential penalties, but with Naperville speeding ticket attorney Heather Ryan’s assistance, it is possible to get through this debacle in one piece. Heather Ryan Law serves as an excellent resource for drivers dealing with speeding tickets and traffic violations.

Types Of Violations Requiring The Assistance Of A Chicago Traffic Lawyer

Drivers typically worry the most about speeding tickets, which can result in expensive fines and even more expensive insurance rates. However, speeding is by no means the only violation capable of damaging a driver’s record. Other common types of driving offenses include driving without insurance or proof of insurance, running red lights, driving through stop signs, driving with expired license plates, reckless driving, improper use of lanes and lack of seat belt usage. Chicago traffic lawyers can also be called upon for more severe traffic violations, such as driving with a suspended license, leaving the scene after damaging property or driving under the influence.

Penalties for speeding and traffic violations in the Chicago and Naperville area can be harsh. Although the official legal repercussions for a first ticket may only involve a small fine, drivers may also experience huge increases in their car insurance rates.  The consequences for traffic violations become far worse after the second offense, with fines growing steeper and, depending on the nature of the offense, license suspension becoming a real possibility. For third and fourth offenses, a conviction may take place.

The goal of a Chicago traffic lawyer such as Heather Ryan is to prevent seemingly minor violations from spiraling out of control. Simply paying the fine assigned to the traffic violation could eventually prove to be a huge mistake, particularly if a second offense occurs within twelve months of the initial charge. A Naperville speeding ticket attorney can prevent this unfortunate fate by taking a proactive approach to all traffic cases. Heather Ryan understands the importance of keeping her client’s records clear of all offenses, even those that may seem insubstantial. She also is able to successfully resolve severe cases involving drivers with multiple offenses on their records. For all legal concerns related to driving, look to Heather Ryan Law as your go-to resource. 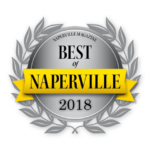 Heather came highly recommended and she delivered beyond the best expectations… she is extremely well versed, highly strategic and detailed in her approach with a clever ability to understand both sides of the fence. When I was pulled over for speeding, I called a friend who gave me Heather’s number; she was quick to respond…